Being a tooth fairy. 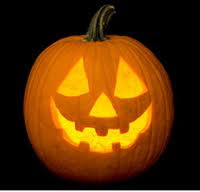 Libby's been losing teeth left and right as of late. And just this past week Samuel has not just lost his first tooth but his second as well. My oldest two are starting to look like jack-o-lanterns.

I try to be excited when they lose teeth but I must confess... part of me is sad. They're growing up. They're losing their BABY teeth. In addition the very nature of this leads me to play another role: The Tooth Fairy.

I try to diligently remember to find the tooth and replace it with a dollar but sometimes it's not always smooth. I've had issues with finding the tooth. Sometimes it's rolled off the bed or got caught in the sheets. One time, Libby awoke in the morning with her dollar in hand and brings me the missing tooth. "Mommy, the fairy forgot the tooth." I promise to get it to her, because after all the tooth fairy and I have connections.

Another time Libby couldn't find her dollar or her tooth and was quite hysterical. I had put the dollar there. I had taken the tooth. I brought her back to her room and lifted her pillow. Her sobbing ceased. "Oh, I didn't look there." Sigh.

Samuel is new to the whole lose a tooth and get some money thing. In fact I was able to tell him just yesterday that the tooth fairy flew by and dropped off not just one bill but two... she was delayed bringing the first tooth's money... in all fairness, he lost his tooth somewhere and we haven't seen it since. Samuel actually wiggled his tooth out at church on Sunday evening.

With Libby you can not even act like you're going to touch her loose tooth. I'll do it myself thank you very much is her attitude. And she'll show you her wiggily tooth til the cows come home but God forbid you try and touch it yourself.

Yesterday, Libby brought me the tooth she lost... she had placed it beautifully in a sea shell. "Mom, (said with a knowing look) the tooth fairy for-goo-ot (in sing-song voice). Well, I thought Mike had brought me her tooth the night before... but it was actually Samuel's tooth. It's confusing when they both lost a tooth on the same day. So I took the tooth from Libby and told her I'd "get a hold of the tooth fairy".

I then went into my closet and got a one dollar bill and rolled it up and tied it in ribbon. About 10 minutes later I presented it to Libby telling her the tooth fairy was sorry she got hold up.

Ian wants in. He wants the money. "See Mom. My teeth are wiggily." Thankfully they are not. "Hon, wait til you get older. You will lose your teeth too."

Someday I will stop playing the tooth fairy... but I hope it's not for a long time. I'm enjoying them being small and I wish I could freeze this time and make it last forever. I seem them growing and maturing. Becoming more independent. Trying to savor each moment... and each lost tooth.
motherhood My Kids my life Sunshine