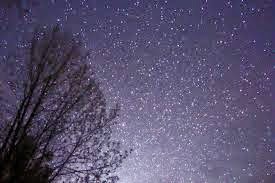 First: Gratitude. I am thankful for God preserving the lives of my children. Way too many times could my children have died, in particular Samuel and Michael.  I've seen them stop breathing and turn blue on more than one occasion. Samuel's Infected CVL (central venous line). Reflux and aspiration (Samuel and Michael at different times). Etc.

Thoughts hang out on the back burner of my mind. I'm not consciously trying to think certain things, they just pop up. Samuel's cancer. treatment. Special needs. Feeding tubes. Oxygen. Apnea monitors. Cleaning syringes. Asthma inhalers. Libby and Sam... what would my nephew have looked like? What name would he have given me? Gigi? Auntie Jenn? or something of entirely his own making? What would my sister have looked like now? What would she say to this or that problem I'm facing? What movie would we have seen together? What would I be getting her for Christmas?

It's almost my sister's birthday. She would have been turning 32. It still feels very unreal that she's gone AND it also feels like a part of my life I've adapted to. I didn't look for her at Thanksgiving. I missed her. But I expected to NOT see her. It's strange how I've lived almost a third of my life without her now.

I've been having these perspective shifts lately though that's been really helpful. It's like God gently showing me how the path of my life could have veered in different directions but it didn't. It's been a beautiful reminder that God truly crafts and shapes my day. My life. My problems and setbacks are from His Hand. And sometimes that's scary. Because I'm reminded of the very real truth- I am NOT in control of MY life! And what do I really believe about Him and who He says He is???

But if I stop and pause and truly reflect on His goodness. On His mercy. On His infinite love. On the security of the depth of His knowing me, loving me, calling me His own.... then I can rest.

He's not surprised by my sins. My failings. My lack. My imperfections. My messes. He has me right where He has me and it's not a mistake. It's a journey. It's a process.

And yet, somehow, I keep forgetting that. I keep expecting myself to have arrived already. But I'm not there yet. And He knows that. And He's okay with that. Why am I not?

Why am I so afraid to be wrong? To be misunderstood? Why do I need to explain to others my reasons for lack, my inability, my failings, my reasons for extra weight, or grief or depression, or a messy house? Why do I seek to be justified by my own merits?

Why can't I be content to just be? To rest in the knowledge that "IT IS FINISHED". The work that bought my soul and paid the price has been done.

My greatest debt has been paid. My biggest mess was cleaned up. My biggest problem solved. I am Christ's and He is mine.

I wonder if these truths are what I needed to hear before I could fall asleep. Maybe I stayed up all night to be reminded of Whom I belong to.

Usually by this time we have 2 or 3 kids in bed with us. Well, it's time to settle and get a couple hours shut eye before I get up and embrace this day. And even this... even this lack of sleep through the night is a part of the plan. Part of something bigger than I can see. But He sees me. He never sleeps or slumbers, instead He watches over me.