- December 18, 2012
I feel a bit tongue-tied. I mean how do you talk about the normal daily grind when there's been a national tragedy?

I had originally wanted to share my whirl-wind trip to CA but somehow i feel shallow talking about what fun I had and what a great break it was and all.

This is the strange thing about tragedy. Most people's lives move on... and usually relatively fast unless you were someone who is extremely close to the situation.

I speak from experience.

Although my sister's death was nearly 9 years ago I'm still severely affected. But people around us move on. They have lives and change and grow and develop. They have other life events: marriage, babies, grandbabies, new jobs, cars, homes, friends, and even other deaths. 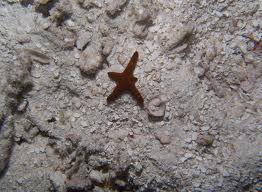 The people in Newtown are not going to "move on"... they will move through. They will eventually have a new normal. But it's like losing a limb. It's not best to pretend that someone didn't lose a limb. Someday they will be able to cope relatively well without that arm or leg but it's not as though it's somehow better. You learn to function without that limb but you still wish you had it.

This is uncomfortable for most. Having a part of something so essential to everyday life taken from you is so hard to bear.

I've learned how to adapt to the lack of my sister but it doesn't mean that the ache isn't there. My heart longs to see her face again and talk to her and hear her laugh or  have her tell me something stupid to stop me from crying. I want to hold her son. And all of the other children that she would have had.

Life is so bitter-sweet in limbo. 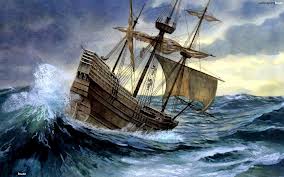 I long for the things that will never be and yet I try to move forward. Not move on per se. but move forward. You can't drive a car forward while staring out the backseat of the car. You have to look ahead to see where you're going.

I have been down and low as of late and I really miss my sister, Libby's presence.

I feel a mixture of relief and guilt when I hold my children to me. My babies are alive. My toddler, two pre-schoolers, 1st grader and 2nd grader are alive. And there are parents who no longer have their children to hold.

What an evil day in age this is. But is it so different from the past where people would sacrifice their children to the "gods"? I used to think this evilness is a new thing but now I'm beginning to see it has resonated in hearts from almost the beginning. Didn't Cain murder Abel his own brother?

How many lives have been lost to genocide? How many dictators have slaughtered thousands? Hundreds of thousands?

I cry out to the Lord for His vengeance. May justice be done. We have yet to see the redemption of our land and our world come to pass but there is a day that all will be made new. A day of renewal. A day of resurrection.

Although my heart is heavy with grief. Grief of personal loss and the grief of a nation's loss. Are we not all groaning?

I think of Romans


For I consider that the sufferings of this present time are not worth comparing with the glory that is to be revealed to us. For the creation waits with eager longing for the revealing of the sons of God. For the creation was subjected to futility, not willingly, but because of him who subjected it, in hope that the creation itself will be set free from its bondage to corruption and obtain the freedom of the glory of the children of God. For we know that the whole creation has been groaning together in the pains of childbirth until now. And not only the creation, but we ourselves, who have the firstfruits of the Spirit, groan inwardly as we wait eagerly for adoption as sons, the redemption of our bodies. For in this hope we were saved. Now hope that is seen is not hope. For who hopes for what he sees? But if we hope for what we do not see, we wait for it with patience.

But isn't it true. Aren't we groaning... longing for redemption? Rest in this hope. The sufferings we experience can't even begin to compare the glory that will be revealed to us.

Meaning that as messed up as all this is there is something so much better waiting for us ahead. Sounds impossible doesn't it? really hard to believe. But that's what God Word tells us. So I don't know about you but I can't wait until then! That's going to be amazing.

So right now it's okay to cry. It's okay to be sad. It's okay that things are jumbled and confusing and overwhelming. Holding to the One that holds me. Waiting for His time... in which He makes all things beautiful...

Anonymous said…
Hi Jen, this is Annie (muliette) as in from England, married to Ryan! :-)
I have an email for you, but dont have your email address. Please could you send me your address so I can send you it. My address is: onlyannieshere@gmail.com

Anonymous said…
Hi Jen - Annie here - still waiting for your email address so I can send you an email I have written. I really want to be able to send it - but dont know how to get in touch with you! Again, my address is onlyannieshere@gmail.com