This was not the plan.

- December 04, 2012
My good intentions of exercising and showering didn't happen. Instead I got some stuff done. Stumbled back to bed while PJ was napping and drifted off to sleep. I awoke with a call from the nurse at my kid's school. I thought she was calling to tell me that Michael's bandage had come undone but instead it was about Samuel. Instantly my adrenaline was running... again.

The nurse explained that Samuel was having pain and she could actually see the spot that he was pointing to that hurt... and that it was swollen and puffy. 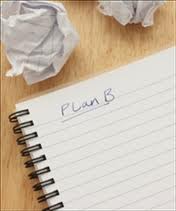 Okay, let me just tell you now. This is every pediatric oncology parent's nightmare. What?! Is the cancer back? Did he grow a tumor since his last scan, just four short weeks ago?

I went to school and picked up Samuel and Libby. I called our pediatrician's office while on the way there. I explained to the administrative staff what was going on. They managed to get us in within less than 15 minutes.

The doctor was thorough and kind, which was nice, because in the past I didn't care for this doctor's bed-side manner but this go round he was really helpful. He asked good questions and did a good job probing, etc.

Samuel was given a write up for a chest x-ray as well as prostate/bladder x-ray. He was to give a urine sample and a blood draw.

This all sounds sweet and simple but from start to finish (getting the initial call to getting all the tests done) it took about 4 hours. It was 2:30 p.m. and I had nothing to do but wait. I hadn't eaten all day because I couldn't eat so I decided to take the kids to Chick-fil-A. They were excited to play and I knew it would be a good distraction.

All this was going on and I had to keep it from Mike.

I got the initial call from the nurse about 10:50 in the morning, 2 hours before his test was to start... so I had a decision to make to inform Mike or to keep him in the dark. I knew this meant I wouldn't be able to tell him anything until after 5 p.m. I didn't want him going into one of the most important tests he would take with worries and concerns about Samuel/cancer?/pain. So I withheld.

And it was torture. I realized how much I rely on Mike to help carry the emotional burden and strain of our kids health issues. I am so blessed to have someone who is a strong sounding board and who can think clearly in the midst of serious distress. And this time, I didn't have his support. So I prayed for him to do well on his test. And I prayed that Samuel would be alright.

After a long afternoon, which felt like eternity, I got a call from the pediatricians. Everything looked good. The tests seemed good. It appeared that Samuel was severely constipated with impacted waste. That can cause pain.

Relief didn't even begin to described what I felt. I felt relieved but then I also felt every drop of energy leave my body. I don't think I realized how much I was giving to get through the day. I felt like jelly.

So when Mike called me after 5 it was my job to inform him of what happened that day. j

But it was worth withholding when I found out his score. The GRE's are a three part test. One part math (which he did well in- 16 years since his last math class). The analytical writing part we won't know the results of. But his verbal reasoning portion of  the test was a completely perfect score! Perfect! 170 of 170 correct.

I know my husband is smart but dang, that's amazing to me. And I know he doesn't want to brag about it but I do. Because he's worked so hard. And he's made some tough choices to help me and the kids during times when he could/should have been studying.

All that said. I'm wiped out. I'm glad Samuel is okay. I'm glad I'm not holding my breath anymore.

This was not the plan for the day. But the Lords purpose prevails.

It reminds me of the following Proverbs...


The heart of man plans his way,
but the LORD establishes his steps.
(Proverbs 16:9 ESV)


Many are the plans in the mind of a man,
but it is the purpose of the LORD that will stand.
(Proverbs 19:21 ESV)

So Lord direct my plans and my steps today! I know your purposes are better than mine. Lead me according to your will!
health medical my thoughts Pediatric Cancer Samuel

Mixue said…
Well said! We have this illusion of control when things are going smoothly, but it's really in moments like these that God reminds us HE is the One in control! Relieved with you and praying for you!
9:58 PM