First- baby shower for my editor of a magazine I write for.... Went to bed and just as I was about to turn out the light I realized... Oh no! The shower was tonight! Not only was I disappointed to not bless my friend... but I missed out on Cheesecake Factory. 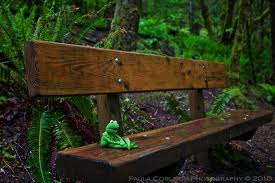 Second- Bridal shower for my cousin-to-be. I had been anticipating this shower since I received the invitation. Present cutely wrapped. Wearing a cute dress, red high-heels, make-up and I fixed my hair. When lo and behold I discovered at 1:30 that the shower was not at 3 that afternoon but was at 10:30 in the morning. Missed it completely!

Third- I was supposed to be at home for a meeting. Weeeeellll... I got a couple texts the night before and was asked to meet with my friend and then later my cousin. I was so excited I forgot someone was coming to my house... So she showed up and I wasn't there.

So give grace to a person who forgets. It happens even with the best of intentions.

Mixue said…
Friend, I have definitely been guilty of being a no-show when I was supposed to be somewhere. But there is definitely GRACE and forgiveness for those of us with too much on our minds to remember all the dates and times and specifics of when we're supposed to be when and why... If nothing else, it gives us more understanding of others if they do the same. :)
4:18 PM