Coke, it's what's for breakfast.

- February 27, 2013
Okay, so it turns out that the "knots in my stomach" are more than that. I think I have a tummy bug. Just had to cancel root canal. Last week they had to cancel on me because the dentist's wife was in labor :)

This week it's my turn to cancel. Yippee. 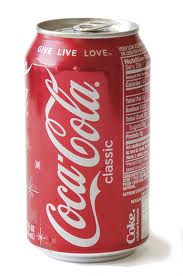 We found out Monday that Samuel has strep. His long-term test came back positive. The short-term one was negative. So he stayed home yesterday so his antibiotics could kick in for 24 hours.

I don't think I have strep. Just a little bug of some sort.

Just as Lib walked out the door this morning she complained that her throat hurt. I was going to whisk her back in so we could go to doctors later but she said, "just a little. If it hurts later I will stay home tomorrow."

Great. I hope I'm not infecting other kids in her class. hoping she's just tired.

My stomach is horrible right now. I'm drinking Coke to settle it. I know it's 9 in the morning but Coke is the one thing that really helps me to feel better when my stomach is upset.

So yes. Coke, it's what's for breakfast.
me medical