Starbucks... my personal Breakfast at Tiffany's. 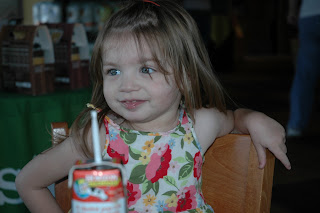 Holly GoLightly... she and I have one thing in common. We both have a place on the earth that we feel as if nothing bad can happen to us. Starbucks is my personal breakfast at Tiffany's. When life is hard. When the day is great. When it's sunshine, when it's storming, when it's snowing, sleeting, and flooding. When there's drought. When there's no hope. When the world is spilling over with joy and anticipation. There's Starbucks. I've been to Starbucks in London, Sydney, Beijing, Paris, Georgia, Louisville, California, William & Mary, Philadelphia, New York City. I've probably cried in a Starbucks more than any other location on earth.

When my sister died I went there to grieve. I would journal, cry, and drink coffee. I met friends and with tears streaming down my face receive hugs. I worked on my book on grief there. I worked at Starbucks from September 2001- My first day was on 9/11 and worked until March 2005. I transferred to Williamsburg and worked there while attending William and Mary. I worked my whole pregnancy with Libby at Starbucks. The insurance covered my pregnancy and delivery. When Libby was 5 days old my first outing was to Starbucks.... wait I think I might have stopped on the way home from the hospital...

So what is it about Starbucks? It's the smell of the coffee... the smell of the familiar. It's the million options I know how to make. It's the chatting it up with the person behind the counter. It's meeting a friend. It's taking my children and laughing and reading them books while sipping on an iced tea, a white chocolate mocha, or chai. And isn't their product line adorable. Okay, so I'm hooked. I love the way they care for those who grow the coffe beans. They build schools and medical centers for their farmers. They care about the environment. They do fair trade, organic, and have a heart for children and hurting people. I've heard all the ways people have mocked Starbucks, they call it "Four Bucks" or mock the ridiculous prices, but to me it's like coming home. I know it's a treat... and I look forward to when I can sit down, read a good book, and sip something sumptuous.

Today was a bit crazy. We're down to one car at the moment so I took Mike to school this morning. I made oatmeal for Mike, Libby adn I ( I have to cook it on the stove) and a French press (coffee) for Mike. We took it to go, the oatmeal and the coffee. It was kind of nuts packing, dressing the kids, feeding Samuel and giving him his breathing treatment... and then jumping in the car. Mike and I ate our oatmeal in the car and I told Libby she would eat hers at Starbucks after we dropped papa off. So we dropped Mike off and headed to my personal oasis.

We sat down on a plush leather couch. I pulled out her oatmeal and tried to feed it to her. she proceeds to throw up. Did I mention she had 2 cups of milk at home before we left? So she's throwing up everywhere and me in my silliness proceed to cup my hand and catch the throw up in my hand. Here's the problem. The three of us (Libby, Samuel, and I) are sitting on the couch... how am I supposed to clean up and make sure Samuel doesn't fall off the couch... so I scoop him with my right hand.. my left hand is full of an attempted oatmeal breakfast. I go and grab napkins and clean up the couch, the floor and strip Libby of her sweater. It was so comical. I was laughing the whole time. This guy was watching us with an amused expression and I'm thinking to myself, "It feels good to be a mom. I wouldn't trade this for the world."

Samuel read his 8 silly monkeys book. LIbby is chatting with me seriously, leaning forward with a pensive expression on her spritely face and saying like a 20 year old, "So mama....!" I'm composing our shopping list and planning out the rest of the errands.

All of a sudden this amazing Latin music comes on. Libby gets so excited and starts dancing... and so I scoop up Samuel and join her. She's doing some type of rendition of "Happy Feet" (the movie) and Samuel and I start cha-cha-ing. It was pretty funny. I'm sure people thought we were total loons... I didn't give a rip. I was free. Here were my children and I dancing our hearts out in the middle of Starbucks... and it made me think, "Wow. What will be doing in Heaven. Totally loose and free to dance and worship." It was so freeing to not care about what others thought of me.

Libby has a couple of favorite places... but her ultimate is Starbucks... next is church and then Target. She asks me almost daily if we're going to church but whenever we're in the car she arches her brows and looks at me "Aarbucks?" I look back at her and smile...mmm.... "Maybe."

It makes me wonder, does she get it from her mama?

Ashleigh said…
Jennifer, I loved this post. You are such a good mama. Very inspiring for me, especially since I've been so stressed lately and haven't felt very good at being a mom. Makes me want to go to Starbucks and dance around with the girls. :-)

Jennifer said…
Ashleigh- You're a wonderful mom! You encourage and provoke me to be a better mom. I'm so thankful for your friendship and by your example. I do hope though that you can break loose and get silly... it does wonders for the soul!

Jennifer said…
um, I meant your example. I'm up too late, it's 12:40 a.m. BUT I finished my project for my mom and my mother in law for mother's day. Praise the Lord and pass the Hallelujah.
12:39 AM

I just read your blog and got the most wonderful pictures of you all at Arbucks.......what a hoot....and how special you are engaged and enjoying the events the Lord places in your path......Blessings of Joy. And don't we all need that!!!!

Please pray for Lynn Lucas.....have been in the hospital with her the past two days......she had more suregery and things aren't better.......YET. Believing for a miracle for her and family.

Please give everyone kisses and hugs and them give you some from us. Only able to bring up one picture.....the one of Samuel ....looks like in the tub.......what a sweet smile....and my imaginings of Libby dancing in arbucks is very vived......we miss you all and have you in our prayers and talk of you alot.
xxooxxooxxoo to you all
fafa
8:21 AM

Katie Virginia said…
she gets it from her mama for certain :) I love reading your stories. Hope to see you again soon! <3
3:08 PM

Thanks for writing such a wonderful post. I felt like I was right there watching you with your kids!
Love you, Jenn
9:59 AM