My body seems to subconsciously remember things. Like Samuel ending up in the ICU at Du Pont. It happened 5 years ago. I remember the fall weather. The sky and light and leaves...

Samuel was not even off of oxygen a month when he had respiratory failure. It happened so fast. I will never forget what it was like to see him "code blue". It was terrifying.

It's hard remembering Samuel intubated and not doing well. He had to be flown from a hospital in Philadelphia to a hospital in Delaware (du Pont). 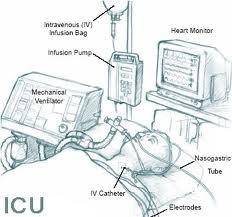 He was in the ICU over 2 weeks. Doctors thought he would need cardiac surgery and a trache until he was 3... NEITHER of those things happened.

We can never explain what exactly happened to have him stop breathing the way he did... and we can also never explain how miraculously he pulled through and came out of it.

It's been amazing to see how far he has come. He was hospitalized 10 times by his 2nd birthday. He seemed to be making more and more progress over time. We sure didn't anticipate him being diagnosed with cancer a year ago. That was unexpected. But he is fighting just as hard now as he did when he was just 7 months old.