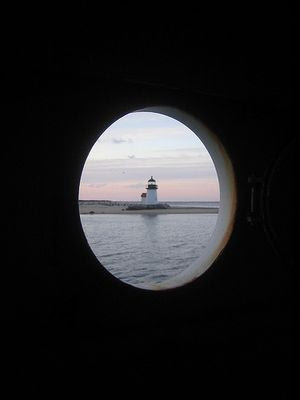 It's been hard lately. A very dark time. I think my subconscious has been reliving the anniversary of incidents that took place 3 years ago. 3 years ago my son Samuel almost died. I will never forget watching him stop breathing... and watching him turn colors and yelling for a nurse and doctors exploding into the room like a bad scene from ER. Code Blue was announced through the speakers. The room was turned into an emergency ICU room. He wouldn't breathe. The doctor told me he was having death spells.

I remember almost collapsing and the doctors had to get a nurse to guide me out of the room. I started to fall apart. The doctor told me to call my husband... "Tell him, if he wants to see his son alive, he needs to get here NOW." I wanted to throw-up. What the hell was happening?

How did my little baby go from having a "normal" hospitalization to almost dying? to being flown by helicopter to a children's hospital in delaware.... to him being intubated and in the ICU for two weeks.

By God's mercy Samuel survived.... and thrived. He has been hospitalized 11 or 12 times over the course of his life but we haven't experienced anything that frightening with him since that time. They thought he would need heart surgery. He didn't. They thought he would need a trache (until he was two or 3). But he didn't. Oh the mercy of our Lord.

And yet, the sickening pain at just a memory of that time. The trauma is still there in my head. and in my heart. Another thing to give to Jesus.

Anonymous said…
For all of us, Jen. But more, oh so much MORE is the sweet love, care and grace of Jesus. Look at Samuel now...we didn't experience the 'on scene' as you did...what a trial. But we did experience the miraculous wonder of cardiologists and nurses being amazed at his super-credible recovery! We all face death every day, but our call is to rejoice in life and the irrefutable promise of His no-more-death, which is certain.
I wrestled and played with Samuel today, and constantly I marveled at his health, his spirit, and his joy for life. I could not contain my own joy! What a miracle boy! What rejoicing! What joy! What a Savior!!
Ever rejoicing, Dad
7:06 PM

Ashleigh said…
Oh, Jennifer, in my own small way I understand your statement about "The trauma is still there in my head. and in my heart." When Savannah hit 9 months I kept having flashbacks to when Ava had her first seizure at 9 months. When she stopped breathing, turned blue, and I thought she was leaving. Part of me was terrified that it would happen to Savannah too. But it didn't and I'm so grateful. But those few months surrounding Savannah at that age was such a struggle against fear and memories.

Anyway, you have already been in my thoughts and prayers (even though I've been bad about commenting and emailing), and I'll continue to pray. I love you, girl, and even though I've never met Samuel I celebrate his life! He is a miracle!!
8:03 PM