Being the aroma of Christ.

- September 24, 2011
After the hurricane we have been experiencing very putrid smells as we pass the swamp on a daily basis. Really foul and rank. But recently... and maybe it's my olfactory playing tricks on me... but I have been smelling an almost crushed mint smell. Which is lovely.

I love the smell of crushed herbs. In fact I love keeping fresh herbs and other plants that when you touch or crush them they release fragrance. I love the smell they release in the air and in my hand. Lemon Verbena is another favorite. And I adore real French Lavender.

I was thinking though that if you look at these plants they're okay to look at, not extraordinary. They even emit a little bit of odor on their own... but it's truly when they're crushed that full, pungent fragrance is released.

I'm realizing that I'm a lot like these herbs. For my full fragrance to be released there is some crushing involved. 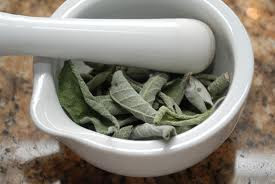 Christ Himself was crushed...

Isaiah 55: 1-6
1"Who has believed what he has heard from us? And to whom has the arm of the Lord been revealed?
2 For he grew up before him like a young plant,and like a root out of dry ground; he had no form or majesty that we should look at him,and no beauty that we should desire him.
3 He was despised and rejected by men;a man of sorrows, and acquainted with grief;and as one from whom men hide their faces he was despised, and we esteemed him not.
4 Surely he has borne our griefs and carried our sorrows; yet we esteemed him stricken,smitten by God, and afflicted.
5 But he was wounded for our transgressions; he was crushed for our iniquities;upon him was the chastisement that brought us peace,and with his stripes we are healed.
6 All we like sheep have gone astray;we have turned—every one—to his own way;and the Lord has laid on him the iniquity of us all.
7 He was oppressed, and he was afflicted, yet he opened not his mouth; like a lamb that is led to the slaughter,and like a sheep that before its shearers is silent, so he opened not his mouth."

And it's only because of Him that I can imitate Him. His Spirit lives in me.

2 Corinthians 2:14-16 "14 But thanks be to God, who in Christ always leads us in triumphal procession, and through us spreads the fragrance of the knowledge of him everywhere. 15 For we are the aroma of Christ to God among those who are being saved and among those who are perishing, 16 to one a fragrance from death to death, to the other a fragrance from life to life..." (emphasis mine)

May we be the fragrance of Christ now and always.
faith my thoughts suffering