- March 12, 2013
I try to exercise at least 3 days a week. Some weeks it ends up being more. Some weeks less. One of the issues I've had with exercising at home is being interrupted by my kids. This could mean that my two year old wants to drape himself on me while I'm doing downward facing dog or that my kids need intervention while I'm on the treadmill.

Recently, I explained to the boys that I would be exercising in the garage and to please not disturb me. Mike and Libby were out of the house and Peter was napping so it was Samuel and the twins I'm talking to. Here is the following conversation...

Samuel: "But Mommy who is going to take care of us?"
Me: "I am, buddy. I just need to exercise for 30 minutes. You can watch a movie or play a game. I will be done before you know it."
Samuel: "But whose in charge? Am I in charge?" 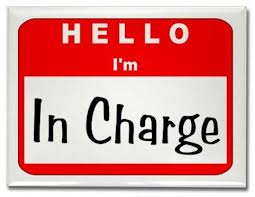 Me: (clearly not thinking through the implications) "Sure, you can be charge while I'm exercising"
Samuel: (turns to Ian & Michael) "Okay, boys, I'm in charge. Here are the rules..."
"Number one. Do not be crazy. You may not act crazy at all."
"Number two. Do not yell at your parents. It's not kind"


.....and so the list continued. I snuck out in the garage and enjoyed for the first time (while the kids were home) an uninterrupted exercise session.

At the end of the day as I'm tucking Samuel into bed he tells me, "Mom, it's hard being in charge. I've been in charge all day and my brothers are just wild!"

Whoops. I guess I needed to tell him he was off the clock when I finished exercising.
kids motherhood My Kids Samuel sayings

Sarah said…
This is such a cute story! Sounds like Samuel did a great job if you got to exercise uninterrupted. If he ever wants to come be in charge at my house he is very welcome!
4:17 PM