- May 02, 2013
Last week was a week of "extreme caregiving". A couple Sundays ago was the twins birthday party. After the party, my dear brother-in-law, John, accidentally injured himself by pulling out his back. He was literally stuck on the floor. Well actually he was outside on the ground for the first hour and a half. My brother and my husband carried him into the house by stretcher. He couldn't walk, much less sit up. The next day was Monday and he could barely shuffle into the chiropractor's office. 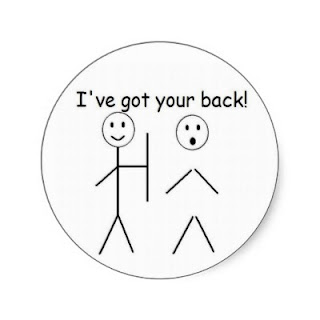 The long and short of it is that he spent the week with us. Of course it was horrible that he was in tremendous pain but the kids loved having him here! They got so much time to talk to Uncle John. To watch movies and play games with him. It really was enjoyable. He didn't leave til Saturday so we had almost an entire week of Uncle John time.

My week went upside down. All the plans and appointments I had needed to be canceled and rescheduled and moved around. And being a planner it was challenging for me to let go of what I had established as happening for that week.

On Tuesday Michael had his g-tube of five years removed. He's had it his whole life and it had been such a means of comfort for him. Such a part of his normalcy. Needless to say he was pretty traumatized by it's disappearance. He loves to suck on his hand and his other hand would always go under his shirt and find his g-tube. It was definitely a coping mechanism and a safety grounding point for him.

Michael came home from the hospital Tuesday and continued to become increasingly agitated over the next 48 hours.

By Thursday I had to take him to the doctor's. His bandage site kept seeping and oozing. I was concerned because Samuel's g-tube came out 3 months before with no problems. No issues at all. Michael was regularly crying and screaming and he started having a fever.

I drove him to the doctor's and he didn't even recognize the building. This is the building in which he weekly receives speech and occupational therapy in addition to regular medical appointments. I was a little concerned. He started saying things that didn't make sense. He was unstable on his feet and started walking around stumbling as if he were drunk.

I got increasingly concerned.

The doctor's saw him right away and after a quick review sent us to the ER at the Children's Hospital. 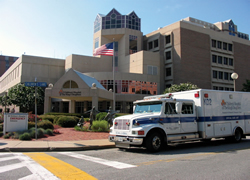 I spent the next six hours at the hospital with Michael screaming and agitated and in pain and panicking and feverish and disoriented. He kept saying, "i want Mama" when I was sitting next to him and holding his hand.

After an x-ray they discovered he was severely constipated. They gave him an enema and we waited for things to take effect. He kept trying to get up and I asked if he wanted to stand up. I stood him up on the ground and he almost fell. He said he wanted to go potty.

I could barely catch my breath as I gently hoisted him back into my arms and pulled the emergency chord they have in the bathroom. I explained to the nurse what happened and the doctors came to review his head. Which was fine. 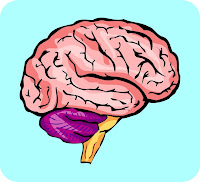 CT scans were ordered for his brain. They were concerned by his disorientation and inability to stand and walk. Mike arrived just in time for the scan. All came back fine. No brain fever. No tumors, etc.

Michael was able to get "unplugged" and they gave us 2 options. Keep him in the hospital and run further tests and keep him observed, etc. or take him back home. We chose to go home. I thought this was the right choice at the time.

At home he became agitated again. Angry. Stubborn. Unreasonable. Screaming and pitching fits. Panicked and Frustrated. It was a horrible time. I thought I was going to lose it.

Thankfully things have gotten better. Michael is more himself. He's not screaming during the day and seems himself. At night he's been horribly agitated and fussy and not sleeping well. But in the daytime he seems more himself.

This week Mike has worked a night shift. Sometimes he's worked from 9 at night til 9 in the morning. One time he worked from 10 til 6. Then substitute taught for an English Lit class at 8 a.m., 9 a.m., and 10 a.m. He's working again tonight in the middle of the night 1-6.

So I'm getting up by myself every day this week at 5:30 and getting the kids dressed, fed, medicine, lunches packed, etc. It's been interesting.

Today I didn't even send them to school. Michael had been up in the middle of the night and I could tell everyone was tired and getting run down, headaches, etc. I kept them home to rest.

I had the dentist in the a.m.- More cavities filled and then I came home and took the kids out. A trip to Dance Outfitters to get Libby the right tights for her costume. The library where we found some more books and a few DVDs and then a trip to Chick-fil-A for ice-cream and play-time where we turned in past unopened kid prizes (books from kids meals) into IceDream treats.

I think I'm doing well with trying to balance all that's been going on. But sometimes I get really overwhelmed. Thankfully the Lord has been using all these things to draw me to Himself. To remind me that I am dependent on Him. I need Him to sustain me. To lead and guide my path. I might make plans but the Lord truly directs my steps.

Our home will once again be growing in numbers. My grandmother (my Mom's Mom) will be coming from Texas and moving in the house. So our numbers will become 14 (counting my unborn niece as well) in the house. My grandmother will have the room downstairs which my Mom recently painted a beautiful and soothing blue. It's exciting to think of having four generations under one roof. I'm sure though there will be some adjustments that we will need to make. I have been reminding and directing the kids that when Great Grandmother comes they can't leave toys on the floor or bookbags out where she can trip on them.

It has been good to teach them how to practice caring and loving and serving and respecting their elders. They had some opportunity to practice on Uncle John. Running and fetching ice packs for him and bringing things to him.

Days are long and full. Ups and downs. Smooth sailing and rough storms.

But the Lord is my portion forever. He is faithful! He is at work. His purposes will endure. His work in me will be completed. And so I take deep breaths. In and out. Resting in the work of Christ and trusting in His grace, love, and joy to work in me and transform me into the woman He has called me to be: child of God, wife, mother, daughter, grand-daughter, sister, friend.

Unknown said…
ummm.... oh my goodness! That's crazy town over there!!! Praying for you today dear friend that you will somehow be able to graciously care for all the needs in your home. Love you!
6:56 AM