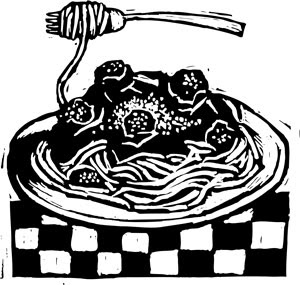 When Mike and I were driving to the hospital he had a funny perspective on what Samuel might be thinking. We're on the highway and Mike starts saying, "You know Samuel probably realizes that whenever we're driving this road that we got to one of two places, the hospital or the zoo. He's probably thinking in his head, 'Please be the zoo. Please be the zoo'." It made me laugh so hard to think of that. If I were Samuel I would have been hoping for the zoo and not the hospital.

Libby is saying some crazy things these days. While I was on the phone last night discussing Samuel with my mom she said, "Excuse mom." I said, "yes, baby?" And she informed me, "It's getting dark outside". We were sitting at Starbucks. i don't know if she was trying to keep me informed with the time of day or if I had been on the phone too long. She then said, "It's okay. It's all right mom. It's okay." I was trying not to laugh.
Martha, my mother-in-law, had a great suggestion that I take Libby out last night. I had been in CA for a while and then with Samuel's surgery she and I haven't had much time to ourselves. So we went to Target and filled Samuel's prescription and wandered around. We ended up with a couple new shirts for her that were on clearance... they were so cute. And of course a new DVD, Elmo on the Potty. She's pretty excited about that. So we're going to be hearing a lot of "potty talk" daily in this house. We had some pizza together and then went to Starbucks, her suggestion. I enjoyed a caramel apple cider and she had a chocolate milk and a rainbow cookie (her favorite). She was so fun to watch; singing at the top of her lungs and running around her chair and dancing spontaneously; she loves the echo it makes in Starbucks. Don't you love my grammatical punctuation, or the lack there of.
Libby told my mom about "Mama's owie. Samuel's owie. Papa's owie." We three had come back wearing identification tags for the hospital. Isn't that funny? She thought they were owies. I let her wear mine.
One of the recently funny things that has been happening is whenever we feed her spaghetti. I told her as I set the bowl before her, "Please eat your spaghetti." "Mom, it's octopus!" Thankfully she ate it though, octopus and all!

Katie Virginia said…
Thank you for posting all those funny things Jennifer! They really made me smile inside and out :) haha! and laugh too :)
Love you guys!
See you soon <3
4:07 PM

Wendy said…
Jenn,
I am so glad that he made out well with the surgery. Throwup is always my fear after it is over. Glad to hear he was just mad! I think I would be too...
I am sure he will heal well.

So I love the funny things kids say. Here's Chloe's latest...in the kit with dad and dad says something to chloe who replys with "That's Princess Chloe to you."
12:10 AM

Jessica Rockey said…
Glad to hear lil Samuel is home safe n sound! MY family has been asking about him and praying for you all. I'm glad you took some time with lil Lib. Octopus! Thats hysterical! I imagine her saying it quite seriously. Love you!
2:23 AM

I can totally see Libby patting your arm and saying, "It's okay. It's all right mom." She's got things under control, Jenn. Not to worry. ;)

I was reading Psalm 103 this morning and I thought of you. Glance it over if you get a chance. It is a great reminder of God's character and His heart toward those He loves.

Ashleigh said…
Too funny! I love how full of life Libby is. Olivia's like that too. She talks a mile a minute now. And she's finally potty trained. So we talk potty all the time at our house.
3:37 PM

Charissa said…
How cute! Just wanted to say hi and let you know I've been praying for you. I've been enjoying these honest glimpses into your life! <3 you, sweetie!
2:24 PM