What happened to my "Angel"? 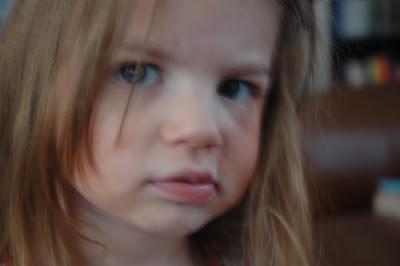 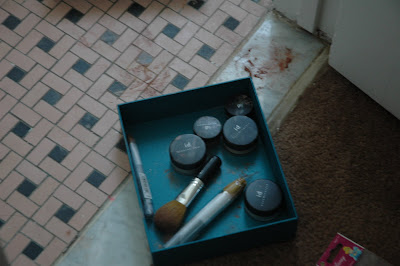 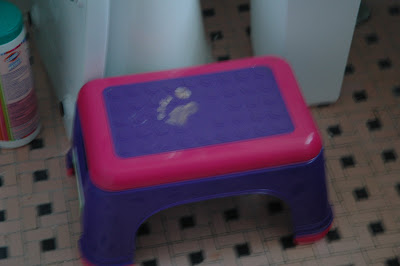 So, several Sundays ago was a bit of a day for us with Libby. Mike and I woke up to find her covered in my expensive make-up... the stuff Mike bought me for Christmas (Bare Minerals). It was also on the bathroom floor. Mike woke up and was quite worried when he saw her face... "What's on your face?" I don't remember if she answered or not, I still had my earplugs in. That would have been enough for the day. I cleaned up the bathroom floor and wiped off her face with baby wipes.

But it gets much worse.

That night, I don't remember what I was doing. Mike was in the living room with the kids and I think I was making dinner. I was in the kitchen. And I hear this, "Libby, NO!" But it was too late. She had taken a SHARPIE marker and drew lines on our new red couch. I was so frustrated. She was disciplined. Mike had told her she may not have the sharpie and she disobeyed. It was hard to explain to her though why the couch was a bad idea. She had never drawn on anything before that wasn't paper. I had been so excited thinking that my child was not destructive. There goes that idea!

She's been throwing toys, books, etc. What happened to my girl?

Bethany said…
Oh is Libby three yet? I think they all go through something at the age of three...forget terrible twos it is totally threes. Anyhow, Jude colored on my brand new custom kitchen cabinets the week after they had been painted.....with a sharpie. I thought I was going to die. He also went through a stage where he painted on everything...couch walls etc with his poo
10:53 PM

Jennifer said…
Oh wow. bethany, I thought sharpie on the couch was bad. But painting with poo, that's extra special! Yikes. Libby will be three at the end of October but I think she's a bit ahead of her time.

LiAnn said…
Jennifer, I haven't been able to read the whole post...but when I scrolled down to Libby's picture, Olivia said "Hey...who is that?!?" And I asked, "Who IS that?" And she said "Mommy...it...is...Libby. (Gasp) What happened to hers stool? And where's Auntie Jenn?" I thought it was cute and needed to pass that on for you! :)
9:47 AM